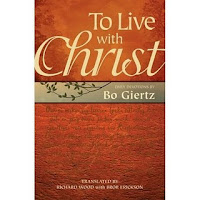 A strange turn of phrase is found in today's devotional reading from To Live With Christ by Bo Giertz (translated from Swedish into English by Richard Wood and Bror Erickson:

"The Divine Service Jesus experienced in the synagogue was the basis for the Swedish high mass without communion" (page 103).

The word commonly translated as "High Mass" from Swedish is actually an amalgamation of "High Mass" and "God's Service" (German: Gottesdienst).  In Swedish the whole word is: Högmässogudstjänst.

But the idea of a "Mass without communion" is not only an oxymoron, it is also a concept as alien to the Lutheran Confessions as the "Non Communion Sunday" - a creature that ought to exist, like the unicorn, only in myth.  But the rarification of the Holy Sacrament among Lutherans is not limited to Americans and Germans, as it also infected the Nordic churches as well - in spite of their overall greater emphasis on the catholic tradition of Lutheran ceremony and rite.


Our own American version, of course, comes from The Lutheran Hymnal, page 5, a service known officially as "The Order of Morning Service Without Communion," but also bearing the affectionate unofficial moniker: "The Dry Mass."

But how can it be a Mass when there is no Mass?

I can't read the words "High Mass without Communion" without calling to mind Uncle Remus's paradox: "How can there be a tale, when there ain't no tail?"
Posted by Rev. Larry Beane at 4:45 PM

Labels: Liturgy, The Sacrament of the Altar, World Lutheranism