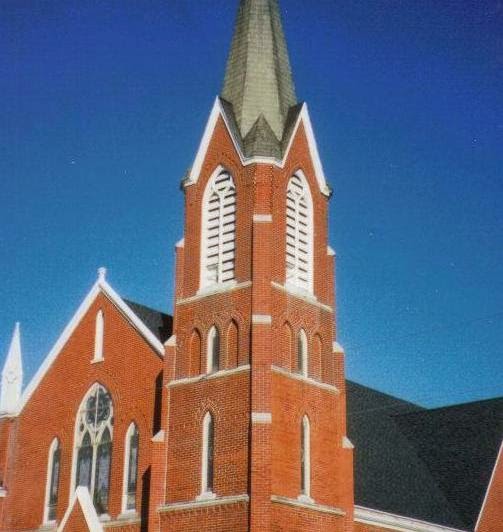 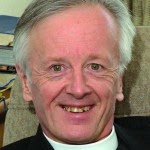 The Nineteenth Annual Oktoberfest! and Gottesdienst Central will be hosting the Rev. John Stephenson, PhD, Professor of Historical Theology at Concordia Lutheran Seminary in St. Catherine’s, . A renowned confessional Lutheran scholar, Dr. Stephenson has received degrees from , , and . He is the author of volumes 12 (Lord's Supper) and 13 (Eschatology) of the series Confessional Lutheran Dogmatics, of which he is the editor in succession to Rev. Dr Robert Preus.  His areas of scholarly interest include the works of Pastor Wilhelm Loehe, who never came to , but trained many of the first pastors in the —Missouri Synod. Dr. Stephenson will bring us his insights on

“The Blessed Sacrament in the Theology of Wilhelm Loehe”

The event begins Sunday the 12th with choral vespers at 5 pm.  Following the service is our annual bratwurst banquet.  When everyone has had their fill of brats and beer, Dr. Stephenson will give a synopsis of his Monday seminar.  Following the banquet is the after-the-party party, at Pastor Eckardt’s home, where, as always, a gaggle of the editors of Gottesdienst will be milling about.
On Monday October 13th, the day begins with mass at 9:00 a.m. Following mass and a continental breakfast, Dr. Stephenson will hold forth for the rest of the day, in two sessions running until about 2:45, followed by vespers.
On Tuesday October 14th, the conference will continue without Dr. Stephenson, as those who remain will discuss the rubrics and significance of the Mass from the Preface to the Nunc Dimittis.  The Tuesday sessions will be framed by morning low mass (spoken Divine Service) and Vespers.

Ancient Christian Worship Was Not Informal! 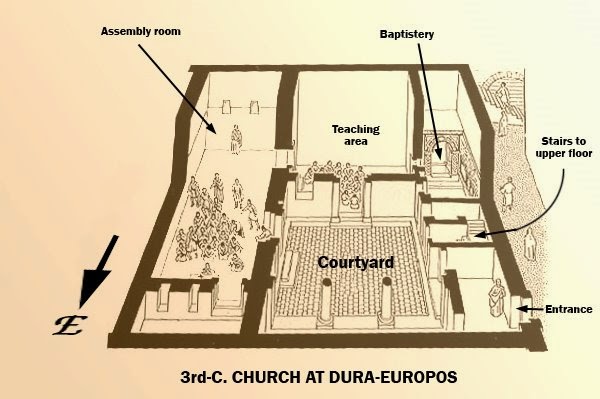 An interesting look at the pre-Constantinian Western Mass that cuts against the grain of the post-Vatican II mythology that has wormed its way into modern American Lutheranism as well.

The Lutheran Church is Massional!

The Rev. Mark Surburg has written a helpful overview of celebrating the sacrament of the altar every Sunday: viewed in light of scripture, tradition, the Lutheran confessions, and contemporary American Lutheran practice.

Labels: Culture, LCMS, Mass, The Sacrament of the Altar

Sabre of Boldness Recipient Defrocked for Association with the Mission Diocese

Chris Barnekov, PhD, who resides in Fort Wayne, Indiana, and whose Scandinavia House seeks to serve as a liaison of sorts between confessional Lutherans in Scandinavia and America, reports that the Rev. Juhana Pohjola, Dean of the Mission Diocese of Finland, has been defrocked by the Lutheran Church of Finland. Rev. Pohjola was ordained by former Bishop of Oulu, Rt Rev Olavi Rimpiläinen, in 1999 to serve the newly founded Luther Foundation Finland within the Church of Finland. Bishop Rimpiläinen (b. 1941), who retired in 2002, was the last Church of Finland bishop opposed to women's ordination. Rev. Pojhola received the Sabre of Boldness award from the editors of Gottesdienst in 2009. 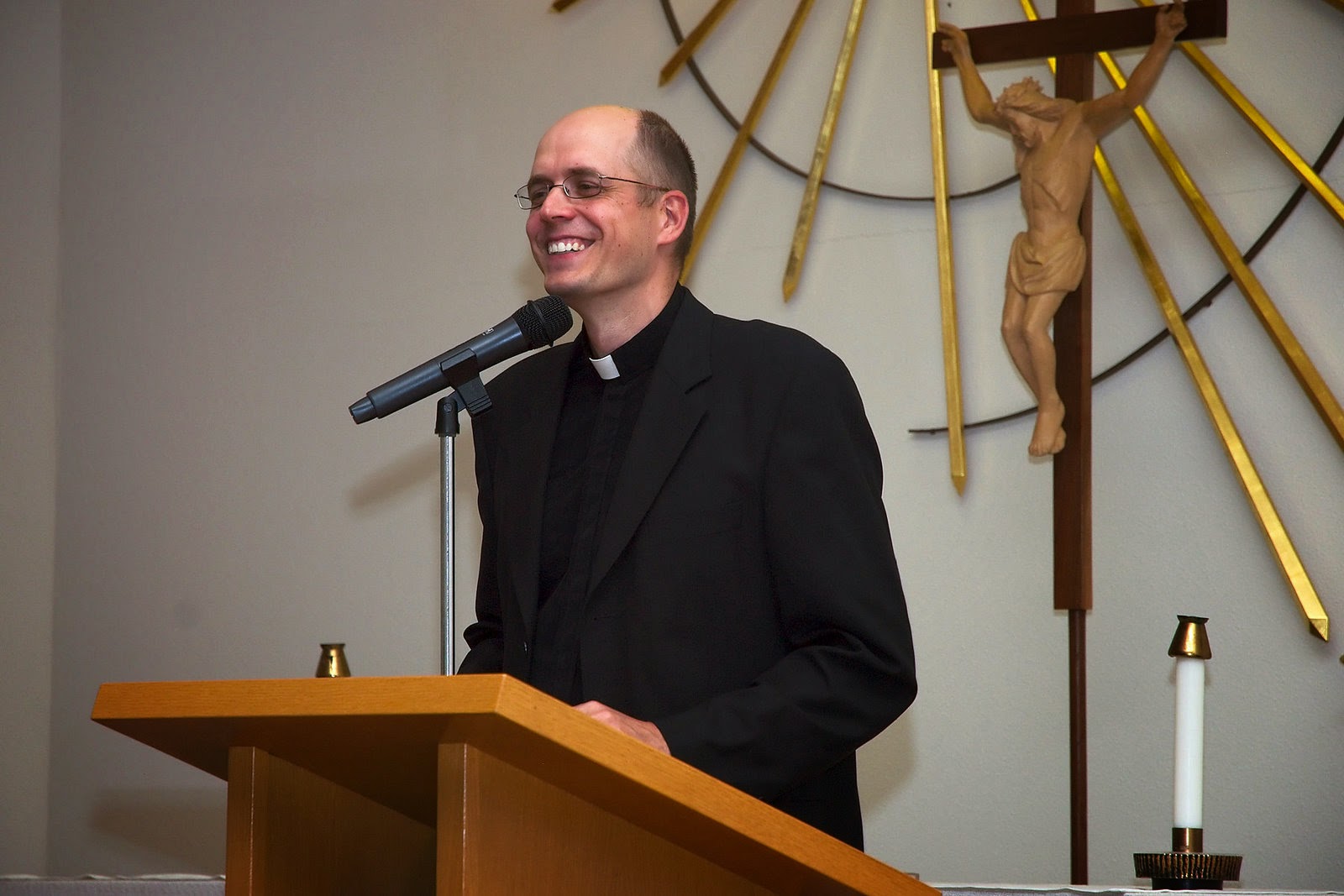 [Dr. Barnekov reports:] The Rev. Juhana Pohjola, Dean of the recently formed Evangelical Lutheran Mission Diocese of Finland, has been defrocked by the nominally Lutheran Church of Finland. His offence was participating as a founder and leader of the Mission Diocese, which the CoF considers to be “violating his ordination vows.”  Dean Pohjola earned a STM at Concordia Theological Seminary in 1999 and will defend his doctoral dissertation at the University of Helsinki on August 15.

The following report is written by The Rev. Samuli Siikavirta, a doctoral candidate in New Testament at Cambridge University who was ordained in the Mission Diocese earlier this summer.

On 5 August 2014, the Cathedral Chapter [Consistory] of the Diocese of Oulu ordered Rev Juhana Pohjola to forfeit his pastoral office in the Evangelical Lutheran Church of Finland, invoking ELCF legislation (ELCF Church Law 5:3.3). The decision came into effect immediately.

Rev. Pohjola was ordained by former Bishop of Oulu, Rt Rev Olavi Rimpiläinen, in 1999 to serve the newly founded Luther Foundation Finland within the Church of Finland. The intention of Rev Pohjola’s work in the Luther Foundation was to build up confessional Lutheran liturgical life within the ELCF and to insure that members holding to the apostolic view of the Office have places where they can receive the Sacraments and hear the Word.

In 2013, the congregations that were part of the Luther Foundation Finland and a handful of other independent ones formed the Evangelical Lutheran Mission Diocese of Finland. From 2005 until last year, the LFF was a supporting member of the Mission Province in Sweden. What began as the work of one part-time Pastor (Pohjola) and one congregation in the capital city in 1999 has today grown into a network of 30 congregations and missions nationwide. The Mission Diocese sees itself as an independent, confessional and non-geographical churchly structure in Finland that lives out the official confession of the ELCF that the ‘national church’ has largely abandoned.

The Cathedral Chapter of the ELCF Diocese of Oulu argued for its decision in the following manner:

“The Cathedral Chapter deemed it to be clear that Juhana Pohjola, who had been a member of the clergy of the Diocese of Oulu, has acted contrary to the duties of the pastoral office and transgressed the ordination promise [vow] that he had made on 18 Dec 1999, and turned out to be obviously unfit to be a pastor by becoming the Diocesan Dean of the Evangelical Lutheran Mission Diocese of Finland, by directing the head office of the Mission Diocese, by belonging to its College of Pastors, by acting as a member of its Consistory and under it, together with being under the pastoral oversight and acting as the aide of the Bishop of the Evangelical Lutheran Mission Diocese of Finland, Risto Soramies.”

The defrocking of a pastor is the most severe punishment that the ELCF can issue. Excommunication or the revoking of membership is no longer a possibility. The Diocesan Chapter appealed to paragraph 5:3.3 of the ELCF Church Law, stating,

In a blog post on the Mission Diocese website, Rev Pohjola acknowledges that the decision to be defrocked pains him deeply but that it was also to be expected in the current church-political situation.

“The words ‘obviously unfit’ leave no room for interpretation. They are rough especially when talking about the office in which one is to act constantly with the great Day of Judgment in view. Being defrocked also contains shameful dimensions. Hardly anyone wants to be unfit and dismissed.”

“The message, ‘you are obviously unfit for the Evangelical Lutheran Church of Finland’, has been sent to thousands of people attending Mass in the Mission Diocese”, Rev Pohjola writes.

He maintains that the decision shows the theological decline that is going on in the ELCF.

“This decision of the Diocesan Chapter is yet another step within the reformation [in Finnish: ‘purge of the faith’] that is going on in the Evangelical Lutheran Church of Finland. Instead of the Church being purged with God’s Word, she is being purged from God’s Word.”

Despite being now defrocked by the national church, Rev Pohjola will continue preaching the Word and administering the Sacraments, now as a pastor only of the Mission Diocese.

“What now after this? One friend reminded me of a liberating Bible verse: ‘set apart for the Gospel of God’ (Rom. 1:1). That gives me, too, enough to do in the Apostolic Office until the end of my life!”

An interesting church historical quirk is that Rev Pohjola will be defending his doctoral dissertation at the University of Helsinki on 15 August on the topic of ordination rites in the ELCF between 1963 and 2003 and their understanding of ordination and the pastoral office. His Opponent at the defence will be Rt Rev Jari Jolkkonen, ELCF Bishop of Kuopio.

Joel Osteen is obviously a clown and a hack. You can't pry riches out of God's hands or make Him your debtor with the power of positive thinking. But here Gerhard reminds us that every strong lie has some kernel of truth buried in there somewhere. This is from the volume I'm still editing, On the Gospel and On Repentance - but right now you can pick up his work On Sin & Free Choice, which is a very good volume indeed and certainly cleared up some muddled thinking in my head.

We respond. The fruit of salutary repentance is reconciliation with God and the turning away or certainly the easing of punishments, not by reason of contrition but with respect to faith in Christ by which alone we who are justified have peace with God (Rom. 5:1). Therefore this passage [Jonah 3] is describing the quality of those on whom the Lord has compassion: that they were of a contrite and humble heart, that they turned from their wicked way. It is describing the order which God observes in showing mercy and in healing but does not describe the merit or reason because of which God is merciful and forgives sin. “For it is grace and not of works; otherwise, grace would not be grace” (Rom. 11:6). Nonetheless it must be added that one can receive an easing of temporal punishments through contrition even if it lacks faith, as the example of Ahab teaches (1 Kings 21:27). In the same way God rewards the good works of those who have not been born again with temporal rewards, but no one receives the gracious remission of sins and God-pleasing righteousness without true faith in Christ.

What Does Your Liturgy Confess?

My little contribution to the LCMS Institute on Liturgy, Preaching, and Church Music held on the Concordia University campus in Seward Nebraska last week was a workshop entitled, "What Does Your Liturgy Confess." Regarding the Institute on the whole, Fr. Curtis has briefly commented on it, and you may expect more comments from me in the upcoming issue (not a subscriber yet? click here).

Anyhow, my workshop was essentially a synopsis of The New Testament in His Blood.

Here's the hour-long audio file.
Posted by Fr BFE at 11:05 AM No comments:

The Importance of Vanilla

Much of our editorial staff returned home from Seward, NE, late last week where the Synod was holding the Institute on Liturgy, Preaching, and Church Music. I won't try for a full review here, especially since due to other commitments I was unable to catch the whole conference - I was only there the last couple days. But our esteemed Senior Editor will have a full review out shortly (I can sum it up, though: Fantastic!).

I'm sure each editor who was present will have his own favorite aspect to the institute but mine was the Vanilla. Everything that happened in the worship and that was modeled to the participants was Vanilla - it wasn't flashy, unattainable, or over the top. It wasn't Razzleberry Turnover Surprise. It wasn't Chocolate Dipped Fleetwood Mac Smoked Bacon. It was good old Vanilla.

The best Vanilla, mind you: the kind with only three ingredients and the black flecks of real vanilla bean, but it was Vanilla: Lutheran, from the hymnal, reverent, natural, and doable.

Kudos to Pastor Weedon and all the folks who put this wonderful Institute on for the Glory of God and  as an example to our Synod! I'm already looking forward to the next one....and I'll make of point of not double booking family vacation this time!