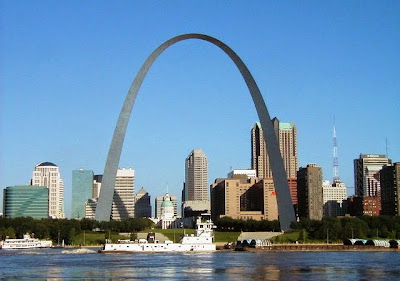 A one-day conference: Marriages and Weddings

Featuring from among our editors


Lodging - On your own.  Recommended:

You may email the following info to b.f.eckardt@gmail.com with "Gottesdienst" in the subject line, and you may pay the registration fee in advance, or when you arrive.

We live in a culture that measures success in terms of numbers.  And so, very often the first question pastors hear when people find out that we are clergy is: "How big is your church?"  Even pastors are often heard asking each other a question that is revealing in its linguistic construction: "How many do you worship on Sunday?"  That's because the sinful flesh revels in the theology of glory.  Bigger is better.  Richer is better.  And when it comes to local parishes, the more "ministries" a church has going (meaning various activities and programs) the more it is perceived as being successful.

But of course, the kingdom of God operates differently than the corrupted world.

The distinction between the Theology of Glory and the Theology of the Cross is part of our Lutheran DNA.  Of all people, we ought to resist this sin of treating God's Word like the stock market and treating human beings like means to one's own enrichment.  Biblical Christianity is antithetical to the Prosperity Gospel and the scandalous behavior those who abuse the name of our Lord by its practice.

I recently received Newsletter #238 from the Siberian Evangelical Lutheran Church (SELC), which relates the ongoing work in finding small pockets of Lutheran Christians in the world's largest country in order to travel to them, teach them the Bible, and to administer sacraments at Divine Services.  The SELC is both the largest Lutheran church body in the world, and one of the smallest.  It is large in geography and small in numbers.  Her parishes are for the most part very small, are served by worker-priests, and do not have the luxury of activities and programs.  It is a great blessing for Russian Lutherans to attend Bible classes and Divine Services.

As a result of their small numbers in terms of members and clergy, combined with the vast numbers of kilometers to cover in tedious and arduous travel (often in brutal conditions) in bringing Bible classes and Divine Services to tiny groups of people, the SELC has unique challenges.

Here is the newsletter article:

Peace to you, dear Brothers and Sisters in Christ,
On April, 22, pastor Andrei Lipnitsky has visited the village Oravka in Chany district of Novosibirsk region. This village was founded by colonists from Estonia in 1894.  It had even a church building, but at Soviet time it was confiscated and reconstructed to use as a school.  Thus religious life was extinguished.
About 40 people came to meet the Lutheran pastor.  They asked a lot of questions.  At the end of the talk Pastor Lipnitsky gave Small Catechisms to everybody.

To search and to visit such villages where there are people, whose ancestors confessed the Lutheran faith -- this is continuing ministry of our Church. We do it all the time.

The very first time, pastor Vsevolod Lytkin and deacon Daniel Burlakov visited such a village nearly 20 years ago. You may remember this story from our very old newsletters.

That time, after the collapse of the Soviet Union, Roman-Catholic priests started to travel over Siberia to look for villages where Roman-Catholics survived.  And accidentally they found a village where people said they are Lutherans.  They spoke Russian with a strong western accent. Their ancestors came to Siberia from Poland.

Catholic priests phoned us and invited to come to this village. It was a long travel.  First, from Novosibirsk to Irkutsk, then for 8 hours by different vehicles through the taiga.  Finally we arrived to our destination, and spent a week there, communicating with the habitants.

The first settlers came to that place in the late 19th century, then many families moved from Poland (that time it was part of the Russian Empire) into deep Siberia.

Their life was very hard; they rooted out trees and arranged fields. Then they lived there and grown.  Pastor from Irkutsk visited the village once a year. He baptized, confirmed, gave the Holy Communion, conducted weddings. Last time a Pastor was there in 1935.

And then Rev. Vsevolod Lytkin became the first pastor who visited this village for over 60 years.  Many old people talked him about the faith of their ancestors, and what terrible persecutions they gone through because of their faith.  Half of the villagers died in the concentration camps during 30s and 40s (at the time of Joseph Stalin’s regime).  People were arrested if a Bible or prayer book has found in their homes.

But older people still remember what parents taught them. For example, a woman who was asked by Pastor Lytkin if she knew what the Holy Communion is, said that she never in her life took the Communion, but she remembers what her mother taught. And then she quoted by heart about Holy Communion from the Luther’s small Catechism.

Then she said: now my eyes have seen a Lutheran pastor, now I can die. And it sounded as in Luke 2: 29-30, it was very touchable.

“That was so long ago, Bishop Vsevolod Lytkin said. But since then we have found many other villages where people have kept the faith, or even the memory of what their ancestors were Lutherans.  The Volga Germans, Poles, Finns, Latvians, Estonians...  We owe to these people, because they have brought Lutheranism to Siberia.  For many years we are searching for such villages and we try to do something to help their habitants.  To comfort the elderly.  And talk about Lord Jesus Christ and His Church to the younger.

Sadly, we do not have many resources to do this work. After all, we are a very small Church, and we are poor.  And distances in Siberia are huge.  But we try, because it is our responsibility before God.”
Please pray for a safe travels of the pastors in Siberia, and that they find more villages, whose inhabitants have been and will be Lutherans.

These tiny pockets of Christians are not ignored by the bishop and the priests of our sister church body in favor of "ministries" and programs and a great chase for numbers.  They are cherished as souls whom the pastors have been called to serve with the Word and the Sacraments - even if it is costly in terms of financial resources and time to reach them.  If there is one thing our Russian brethren understand by experience, it is the Theology of the Cross.

Our Lord said, "Where two or three are gathered in my name, there am I among them" (Matt 18:20).  He did not say anything about throwing such small numbers of people out of the church body, nor pressuring them to become involved in revitalization programs, or compelling them into mergers or closures.  The Lord commissioned His pastors to "Go therefore and make disciples of all nations, baptizing them in the name of the Father and of the Son and of the Holy Spirit, teaching them to observe all that I have commanded you. And behold, I am with you always, to the end of the age" (Matt 28:19-20).  He sent them out to teach and to administer sacraments, for that is how disciples are made.  He didn't say anything about mergers, closures, or revitalization.  There was no mention of viability studies.  He says nothing about the need for a certain minimum number of parishioners or programs.

By contrast, a circuit of pastors in my district has an interesting take on small congregations and how they ought to be treated - as articulated in their proposed memorial:

WHEREAS, the 65th Synodical Convention adopted Resolution 7-04 that addresses the establishment of general principles for the evaluation of the viability of a district, and

WHEREAS, congregations have input into the final process of the district viability evaluation, and

WHEREAS, a number of congregations are faithfully administering the Word and Sacraments of our Lord and Savior Jesus Christ, while also experiencing other extreme ministry crises that are impeding the level of positive and effective outreach ministry and community involvement as related to the “Great Commission” (Matthew 28:19-20), and

WHEREAS, the overall community outreach programs or other ministry services of a number of congregations are non-existent, and

WHEREAS, the overall ministry of a number of congregations is basically a Sunday morning Bible study and worship, and

WHEREAS, the records of baptism and confirmations of a number of congregations have experienced an extreme dramatic decrease, hitting rock bottom, and

WHEREAS, the doors of a number of congregations remain open only because of a few number of remaining dedicated families having deep roots in the historical foundation of the church, and

WHEREAS, the Task Force indicated in the 1969 Resolution 4-03 adopted “General Principles for the Formation of the Realignment of Districts,” offering adequate parish services was one very important principle; therefore, be it

RESOLVED, THAT the Southern District establish a Parish Ministry Viability Evaluation Task Force; and, be it further

RESOLVED, THAT the District President and the Board of Directors, establish and empower the Task Force consisting of the VP Regional Representative, the Circuit Visitor, the Mission Executive and one member of the Mission Committee, the Pastor and President of the congregation being evaluated, meet to develop the general principles of evaluating the viability of the parish as identified by the Circuit Visitor and District President; and, be it further

RESOLVED, THAT the Task Force forward its recommendation to the President for his disclosure to the Board of directors, and the respective congregation. Such a recommendation could include a possible merger, entering into an official revitalization process, and redesign of the parish ministry to better meet the needs of the community, or final dissolution of the ministry; and, be it finally

By the way, this same circuit has invested the time and energy to memorialize the synod to ban the word "Easter" in all its publications (Memorial 1-05).

I guess this is one of the differences between first- and third-world Christianity.  We American Lutherans have not been decimated by a Lenin or a Stalin.  We have not lived through a time when Bible Studies and Divine Services were yearned-for luxuries, and the thought of having a pastor come to give the Lord's Supper was the answer to six decades of fervent prayer.

However, we are moving toward a time of hostility toward - if not outright persecution of - orthodox Christianity in this country.  We may be approaching the days when "Sunday morning Bible study and worship" are actually appreciated by all circuits within our districts as the very center of parochial and ecclesiastical life, something important, urgent, and life-giving, instead of the mark of ecclesiastical failure to be bureaucratically remedied.

Maybe viability (from Latin: vita meaning "life") in the Lord's kingdom is not really about numbers at all.  Maybe big, comfortable, numbers-driven American Christianity is the one with the viability issues.