I just read a statement by a professor on the LCMS clergy roster who favors the 'ordination' of women. He made a curious reference to passages of Scripture perhaps being "outdated."
Part of his argument includes the fact that the Book of Concord (to which Lutherans have agreed to be bound as a correct explication of Scripture) makes no explicit reference to women's 'ordination'.
Of course, the sixteenth century Book of Concord likewise makes no explicit references to partial birth abortion, apartheid, euthanasia, eugenics, or cruelty to animals. And yet it does not follow that such practices are theologically acceptable or bear the seal of approval of Lutherans based on this argument from silence.
Those who advocate for the 'ordination' of women are at odds with not only Scripture, but with the ecumenical creeds that confess the divinity of Jesus.
Advocates of women's 'ordination' believe they are correcting an injustice. But if excluding women from the pastoral office is unjust today, it was also unjust ten years ago, twenty years ago, fifty years ago, and a hundred years ago. It would have been unjust in 1847 AD when the synod was established, in 1530 AD when the Augsburg Confession was written, in 325 AD when the Council of Nicea met, in 50 AD when the apostles met at the Council of Jerusalem, and in 30 AD when Jesus ordained and commissioned 11 men, thus establishing the catholic practice of male-only ordination.
Jesus was never afraid to break with Jewish tradition, including regarding matters pertaining to the role of women in society. Jesus had many shining examples of female disciples that he could have ordained had it been His will to establish such a practice. The odds of this exclusion of 50% of the population (including the population of disciples) just being by chance is (if my math is correct) 1 in 2 to the 11th power (1 in 2048) - or 5 hundredths of one percent. Today's advocates of affirmative action would never conclude that Jesus, as an employer, just happened to have 11 qualified men and no qualified women among his pool of candidates. He would probably be sued and charged with discrimination under the 1964 Civil Rights Act had He been born in twentieth century America instead of first century Judea.
Moreover, the early church rapidly shifted from Jewish to Gentile in its majority culture, and in the Greco-Roman world, priestesses and female oracles were not unusual in the least.
So if women's 'ordination' is a matter of justice, then the apostles were sinning in only ordaining men, as was our Lord Himself who established the apostolic and catholic practice. If so, Jesus was either a duplicitous coward, a cunning hypocrite, or a hateful misogynist.
In whatever case, such a man is not God.
To put the best construction on it, it is in a sense commendable that some people are so committed to justice as to seek to correct even the errors of Jesus Himself. They do have a sense of righteousness to which even the Son of God must give account.
However, in order to advocate for women's 'ordination', one must necessarily throw the doctrines of the two natures of Christ and the Trinity under the bus. And those two doctrines - protestations of Unitarians and various cults notwithstanding - are established Christian doctrines and ought not be matters for synodical debate, unless we are willing to consider amending the ecumenical creeds through bureaucratic machinations.
Here we are once again at the trial of Jesus, this time with His holy bride standing with Him in the dock, and the question is being posed to her: "What is truth?"
Posted by Rev. Larry Beane at 5:23 PM 1 comment: 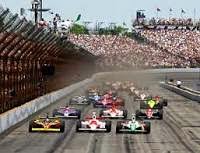 The Passiontide/Easter issue went to the postman today and is coming soon to a post office near you! To make sure the postman cometh to your door, click here. 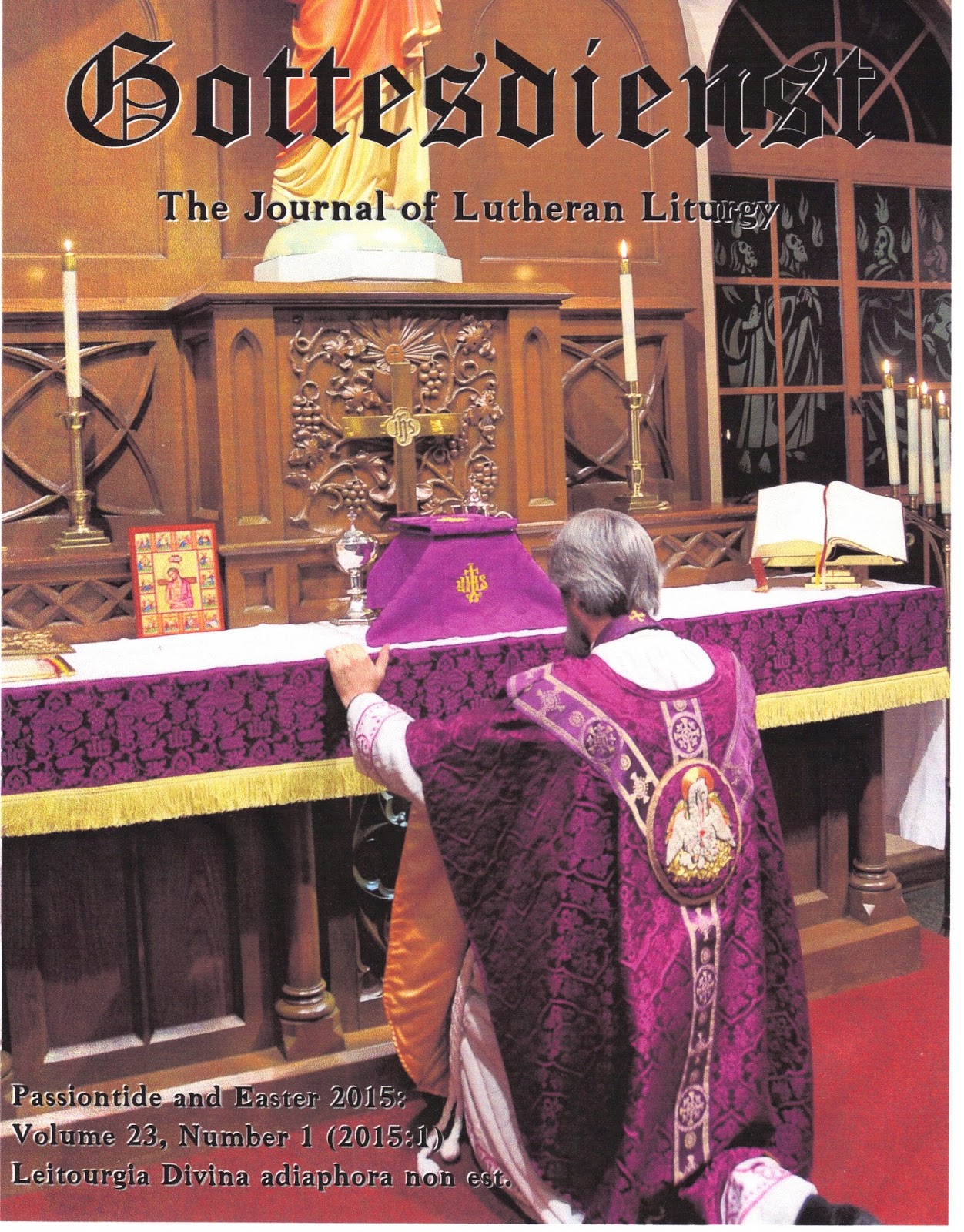 Gottesdienst at the Brothers' 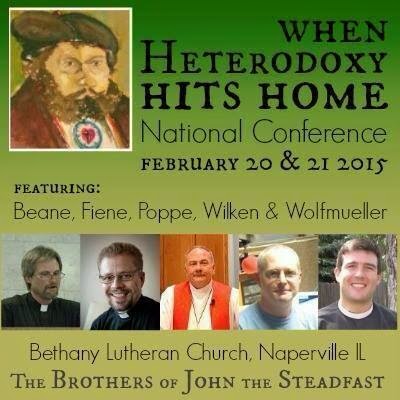 I would like to thank Father Tim Rossow and everyone at Bethany Lutheran Church in Naperville, IL for their hospitality in inviting me to speak at their impressive 2015 Brothers of John the Steadfast conference, "When Heterodoxy Hits Home", last month.

My talk was entitled "Doctrine And/Or Practice?" and it is available online in both video and audio.  All of the presentations are available here (video) and here (audio).

I would also like to thank Fathers Randy Asburry and Eric Anderson for interviewing me on "Steadfast Throwdown" twice.  The first was a teaser for the conference, the second was a followup (I understand that it will be available soon).
Posted by Rev. Larry Beane at 7:39 AM No comments:

The Holy Season of Lent is upon us and in accord with canon law, the editors of Gottesdienst hereby proclaim an Indulgence and Dispensation for those who are abstaining from rich foods, fats, luxuries, delicacies, treats, yummies, bon-bons, etc., etc., so that they may fittingly Celebrate Creation and the First Article Gift of the ratio of a circle's circumference to its diameter. To wit: a plenary indulgence and full dispensation is hereby given for all to feast on pies of any composition whatever on Saturday, March 14, A+D 2015 at 9:26 am (and 53 seconds) local time. The appropriate treasuries of the merits of the saints will be deducted in full, etc., etc., world without end.

Issued from the Kewanee Vatican on the Feast of St. Eusebius of Cremona.