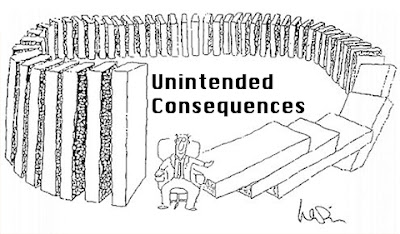 I don't know if this article from the Twin Cities Pioneer Press ("Concordia student loses ministry post over lesbian relationship") is true or not.

I've learned to be skeptical of the press, having had many friends misquoted and misrepresented by the mainstream media over the years.  So, I hope that what this article says concerning the campus pastor and university president is untrue.  And that truly is the best construction.

It seems that a Concordia University - St. Paul student, Nikki Hagan - according to her own website - was asked to resign from the "908 Chapel Board", a "student group on campus that leads worship service on Wednesday nights" because she "was dating a female."

According to the Pioneer Press piece, the campus pastor, the Rev. Tom Gundermann (LCMS) "advised the 908 president to take a wait-and-see response and to take no action" and that "he did not want her removed."  Also according to the article, the university president, the Rev. Dr. Thomas Ries (LCMS) "said she should not have had to leave her position."


"We asked for a public apology and clarification and received nothing. We asked for policy changes, and it was brushed to the side. We asked for an LGBT group on campus, a group for queer students and allies to feel comfortable and converse. The President suggested that instead we start a group that is open to everyone and that we should have an advisor who is 'for same sex relationships' and an advisor who is 'against same sex relationships.' We were not too happy about that response."

Again, I hope this is a misunderstanding, and that Dr. Ries never said anything of the sort.  I am very skeptical, as this just doesn't sound like something an LCMS clergyman would recommend: an advisor to counsel students who favors what Holy Scripture deems sinful - under the auspices of an institution of the Church.


"Hagan wants sexual preference included in the university's nondiscrimination policy.... Ries said he supports the idea, but he's uncertain about the legal implications of such a move and said it would require input from the church.... Ries said he wants to establish a student support group for LGBT people and their allies."

I would imagine Dr. Ries is about to get some "input from the Church."


"We are now at the point that we are taking it into our own hands. With the help of many students, faculty, and staff at CSP we are ready to start taking the steps to gain positive change in the University."

If her characterization of Dr. Ries's response is in fact correct, this will not likely end well for him, even as the lukewarm University of Missouri president was hoist by his own petard in trying to appease the increasingly strident, intolerant, and outrageous demands of politically-correct students. President Ries and the administration will have to choose whether to stand with Christ and the Church, or stand with what is popular in the eyes of the world.

Once again, I am skeptical of Miss Hagan's report (perhaps she is honestly mistaken), because LCMS pastors are bound by their ordination vows to scripture and to the Lutheran confessions - neither of which support the currently-popular secular ethics concerning human sexuality.

In fact, the best construction placed upon this entire episode is the Law of Unintended Consequences.  I don't believe that the Reverends Gundermann and Ries have decided to turn their backs on Christ, the scriptures, and their ordination vows. I pray there is a reasonable explanation that will vindicate them, because the implications of this report being accurate are disturbing.  However, the fact that students are involved in planning and/or leading worship services (a common practice in LCMS universities and high schools) is something that has now come back to bite them.

Jesus established the vocation of pastor to (among other things) lead public worship. Article 14 of the Augsburg Confession is very clear about the role of the ordained clergy in worship.  Just as God has provided specialized vocations in many human endeavors, such as administration, medical care, security, and teaching, He has given us men to lead worship, to preach, teach, and administer sacraments. Does President Ries cede his important administrative duties to undergraduates on certain days of the week?  Does the CSP Board of Directors allow students to write critical policies and set budgets?  Are students allowed to perform urgent medical procedures on some occasions?  Represent the university in delicate court cases?  Police the campus?  Chair the English Department?  But it seems that schools are ever eager to recruit students to ply the pastor's vocation (the one and only one office established by our Lord Himself, a vocation with eternal ramifications) by conducting worship services.

And in the current climate on college campuses that opposes Christianity and seeks to overturn the authority of scripture, is allowing students to oversee ceremonies - the chief purpose of which is to "teach the people" (AC 24:3) - wise?  Is it prudent or responsible to allow a teenager to carry out this vocation by managing worship - especially given that her understanding sexuality is admittedly at odds from that which taught and confessed by the Church and the Synod?  If the article is correct, the majority of lay people in our synod's churches also hold a different opinion than the Bible and the Confessions in matters of sexuality:

If this is indeed the case, why would pastors hand over responsibility for worship to the laity, let alone to students who are barely out of high school, who are the demographic most opposed to the Church's confession by virtue of the popular culture?  Our blessed Lord exhorts us to be wise as serpents and innocent as doves, not vice versa.

For who is more equipped to proclaim Law and Gospel to a lost generation?  Who better to call all of us poor, miserable sinners to repentance, and to forgive us when we do in response to the rightly-divided Word of God?  Who better to stand as steadfast catechists and loving heralds of a More Excellent Way than the men whom the Holy Spirit has explicitly called to do just that - especially in these confused and confusing postmodern times?  If nothing else, shouldn't an institution of higher learning at least acknowledge the pastors' Master's degrees and seminary training to be of value in the endeavor of spiritual care and theology?

Just what exactly is wrong with the pastor leading chapel services?

If it is simply too much work, why not have ordained staff rotate the worship responsibilities?  Do the ordained clergy on campus show spiritual leadership by wearing the uniform of their holy office as a confession of their faith and testimony to their calling, or do they just try to blend in comfortably with everyone else?

Why have ordained clergy in these roles at all if they are not going to be shepherds?

Why have we shot ourselves in the foot this way, squandering the Holy Spirit's gifts?  Is it possible that there is value in holding to tradition, that "democracy of the dead", even when we think our radical new ideas are better?  Are we that afraid to stand in contrast to the world?  How will our schools and institutions fare when they are forced to choose between being institutions of the world, with all its benefits, prestige, and money, versus being institutions of the Church, while being scorned, marginalized, and hated?

In our tragic human sojourn in this fallen world, have we not yet learned the unintended consequences of asking "Did God actually say...?"
Posted by Rev. Larry Beane at 11:20 PM

Labels: CUS, LCMS, Office of the Holy Ministry, postmodernism, sexuality