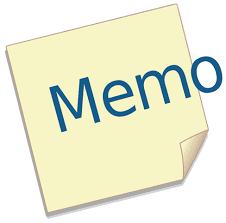 To: all Gottesdienst staff

From: Misty Rekkted, President and CEO of Gottesdienst

RE: the need to raise money

Directive from an executive session of your Gottesdienst leadership held January 31st, 2011.

The primary need to raise money has led us to determine that some changes need to be made at Gottesdienst, in order to ensure that our major donors are kept happy. Therefore we have determined the following:

• Effective immediately, Gottesdienst must stop paying attention to outward ceremonies. They make donors uncomfortable. So we must begin to pay close attention to the way in which we discuss outward ceremonies, to make sure they are not outward. Henceforth we must give detailed instructions on how to appear casual when conducting services.

• Gottesdienst must encourage people who lead worship to practice smiling, and not to appear as being too serious. Note: This is a very serious directive. We need to be as careful as we can be to ensure that people who conduct services in the churches who follow our advice are always looking casual. Let’s keep those donors comfortable.

• No more Catholic-looking stuff. There’s been too much outward show, and that makes people uncomfortable too. Outwardly, we must take great pains to show that we are a laid-back organization, and that people who follow our instructions are laid-back Christians.

• Remember: all that Catholic stuff is adiaphora. So from now on, all staff members are strictly forbidden to promote any of it.

• Instead, let us be in the forefront of encouragement for worship leaders to keep in mind these ten rules intended to keep them from being legalistic:

o Don’t be too serious during worship.
o Don’t hold your hands palm to palm.
o Don’t genuflect.
o Don’t use incense.
o Don’t make the sign of the cross.
o Don’t chant too much.
o Don’t use the Brotherhood Prayerbook.
o Don’t use King James English.
o Don’t wear your cassock for Bible class.
o Don’t face the altar too much.

Above all, we, the executive council of Gottesdienst want you, the staff at Gottesdienst to understand this as a gentle encouragement, rather than as an ultimatum. Did we say ultimatum? Certainly not! Rather, take this all as “Gospel imperative.” Remember: We are living in the freedom of the Gospel.
Posted by Fr BFE at 3:30 PM