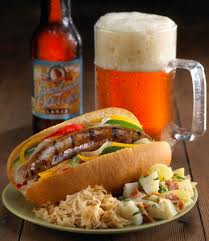 The event begins Sunday October 9th with Vespers at 5 p.m. Following the service is our annual bratwurst banquet. When everyone has had their fill of brats and beer, featured guest Rev. Dr. Benjamin Mayes, Assistant Professor of Historical Theology at Concordia Theological Seminary in Fort Wayne, Indiana will give a synopsis of his Monday seminar.

Following the banquet is the after-the-party party, at the home of Rev. Dr. Burnell Eckardt, the pastor at  St. Paul's.

On Monday, October 10th, Divine Service is at 9:00 a.m., with Rev. Michael Frese from Redeemer in Fort Wayne, Indiana, as special guest preacher. Following the service and a continental breakfast, Dr. Mayes will hold forth for the rest of the day, in two sessions running until about 2:45, followed by Vespers.

Dr. Mayes will be speaking on

“The Call and the Ministry according to Johann Gerhard.”

Johann Gerhard has been called the “Arch-theologian of Lutheranism,” and was the most influential of seventeenth-century Lutheran theologians. He decisively influenced Protestant theologians to study the evangelical (i.e., Gospel-centered) character of pre-Reformation Christianity. Gerhard has been an area of particular interest for Dr. Mayes, who served until this fall as an editor of professional and academic books at Concordia Publishing House (CPH) in St. Louis. In particular he served as general editor for Gerhard’s Theological Commonplaces. Dr. Mayes still serves CPH as managing editor and co-general editor of Luther’s Works: American Edition.

On Tuesday, the conference will continue in the same format, with discussion of liturgical and theological ramifications of decisions made at this summer’s triannual convention of the Lutheran Church—Missouri Synod, with Pastor Eckardt.

REGISTRATION: $50 per person, $70 per couple, students $25 — includes Sunday banquet and Monday continental; no charge for children with parents.  Send your name, address, and which days you plan to attend to b.f.eckardt@gmail.com, or call 309-852-2461. You may pay the registration fee when you arrive.