A Beautiful Custom of Unity from Russia 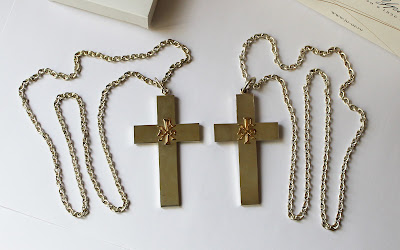 Here is an expression of "walking together" in the faith (which is what the word "Synod" means) as expressed by the Siberian Evangelical Lutheran Church from the "unofficial blog of St. Andrew's Congregation" in Novosibirsk.  There are many reasons why such an expression of unity among the clergy would not work in the Missouri Synod:
But for our brothers in Russia, the priestly pectoral cross works out well, and it is a beautiful traditional expression of both the Holy Office and the unity of the congregations served by these men.