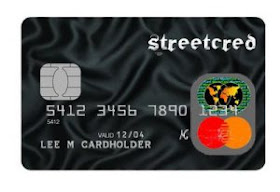 So, Pastor, you aren't an alcoholic, have never been in rehab, and you don't attend AA meetings. You can't cite a litany of drugs, legal and illegal, that you've used, abused, and been addicted to. You've never blacked out, been arrested for DUI, or hit "rock-bottom." You drink in moderation, but don't have a drinking problem. You have stress in your life, but have not been diagnosed with clinical depression or other mental health issues.

So, Pastor, you've never been divorced, you aren't a sexual deviant, you're not confused, transitioning, or bi-curious. In fact, your marital life is pretty boring by today's standards. You've been married to the same woman for decades.

So, Pastor, your ethnic heritage is also very bland, being descended from doughty German Midwestern farmers without so much as a Norwegian in the family tree for diversity. You eat meat and potatoes and have never had a Starbucks latte. Your wife is the same race and ethnicity, and so are your children. You have no adopted children from a third world country. In fact, your family is not big enough for some, and too big for others. Your children are neither geniuses nor afflicted with mental health issues or otherwise handicapped. And if they are, you don't feel compelled to tell the world about it.

So, Pastor, you don't have a popular blog, a powerful Facebook presence, or a happening Twitter feed. You don't speak at conferences.  You aren't an editor of Gottesdienst. You don't appear on Issues, Etc. You're not a regular at Higher Things. You don't have an S.T.M. You don't star in a podcast or run your own YouTube channel.

So, Pastor, you don't speak any foreign languages, have never been on a mission trip, have never lectured in Addis Ababa or Novosibirsk, and you don't have a degree in church planting. Maybe a drive to the closest Walmart is as much travel that you do in your life as a parish pastor where God has placed you.

So, Pastor, you don't play a musical instrument, have never sung in a choir, and feel self-conscious even singing at the altar in church. You hum along with the radio in the car and sing "Happy Birthday" at family celebrations, but karaoke is out of the question.

So, Pastor, you don't ride a motorcycle, drive a BMW, cruise the country in an RV, have a boat, or even own a car that is still under warranty. You're praying your auto insurance doesn't go up when the next bill comes.

So, Pastor, you're not obese and don't post weekly Facebook updates about your latest sojourn to the bathroom scales or tweet every time you can accomplish another chin-up. Nor are you a Krav Maga instructor, paleo practitioner, or member of the trendiest crossfit club. You don't hold court about supplements and cleansing enemas and organic foods, nor do you brag about the astronomical calorie count of the extra-large chocolate fudge milkshake you just slopped down in defiance of the fitness craze.

So, Pastor, you're not a vicarage supervisor, a circuit visitor, a district president, a seminary prof, or a six-figure bureaucrat. You're not a darling of the establishment that gets invited to speak at conventions. You don't smoke top-shelf cigars or drink expensive scotch. You're not an IPA or port or single-malt aficionado. You don't take selfies in exotic places. You aren't highlighted in the seminary magazines or the Lutheran Witness.  You are largely anonymous and invisible outside your congregation.

So, Pastor, you don't wear a rose chasuble, or any chasuble for that matter. Your congregation doesn't use incense or do Gregorian chant. In fact, your parish doesn't even have every-Sunday communion, nor will it likely in your lifetime. You're fortunate that they still use the hymnal and have an organist.

So, Pastor, you don't pack the house as the "lead pastor" every Sunday, wear skinny jeans and a little microphone, have a rockin' house band and a "worship leader" who makes faces of ecstasy when he prays with his hands in the air. You don't even sport a tattoo and no parts of your body are pierced. You don't even wear the latest style beard. Your church lacks a stage, has neither drum-kit nor mixing board, and is bereft of cup-holders. You don't baptize dozens of people at a time, block-party style, in a kiddie pool, boast a phenomenally explosive membership growth, all the while taking in thousands of mission dollars from the district coffers. You're actually happy to see a visitor or two every now and then.

As a Christian, trust your baptism. As a pastor, trust your ordination. Christ gives you His cred.